With the recent announcement of Netflix’s 80 new films, it seems we’re getting a glimpse of what at least one film may be. Riz Ahmed, British-Pakistani actor known for his roles in Rogue One: A Star Wars Story and Nightcrawler, is in talks with Netflix over a new Hamlet iteration.

Ahmed recently became the first man of South Asian decent to win at the Emmys, taking home a trophy for Outstanding Lead Actor in a Limited Series for his character Nasir “Naz” Kahn in HBO’s The Night In. With this recent win and his role in a Star Wars film, Ahmed is poised in the perfect place to negotiate every actor’s number one role. And Ahmed is going for it, choosing to cast himself as the lead. 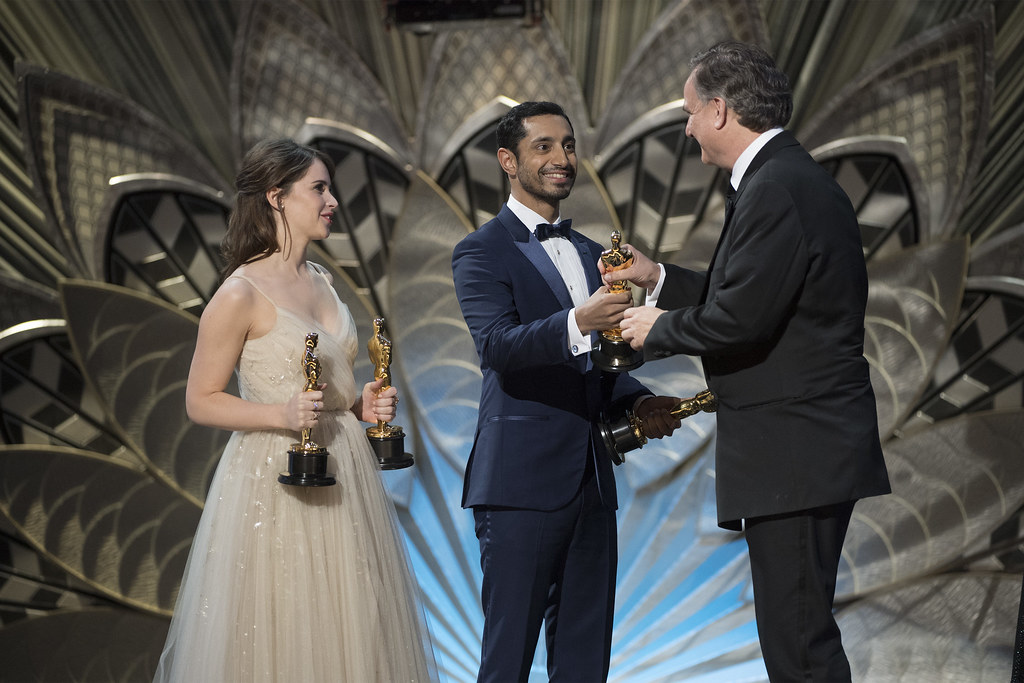 Felicity Jones and Riz Ahmed present the award for Best Visual Effects to Robert Legato at the Oscars on February 26, 2017.

Though the story of Hamlet has been done before by the likes of Kenneth Branagh and David Tennant, among others, this piece would be a contemporary one. Ahmed co-developed his adaptation with writer Mike Lesslie, who he’s known since college. Their version would be set in modern-day London as the city struggles with “economic and political uncertainty.”

Deadline notes that Ahmed and Lesslie are close to “sealing a deal” with Netflix for their take on the classic Shakespearean play. Though set in modern times, the pair hope to keep to the central themes, of, “familial honor, moral duty and dynastic corruption.”